2015 was yet another great year for the Northern Rivers Kharlovka, Litza, Rynda and Zolotaya on the Kola peninsula.

Big Fish Stats:
Largest salmon was 39.6 pounds from the Barrel pool on the lower Kharlovka – Was this the largest salmon on the Kola this season?
18 great salmon larger than 30 pounds
39 greater than 25 pounds
165 over 20 pounds
477 greater than 15 pounds
36% grilse

Fantastic numbers. The number of returning guests to the Northern Rivers is high anyways, but the demand for 2016 already is high.If you also would like to fish the Northern Rivers, drop us a line asap. Fishing invitations for 2016 were sent out today, so soon we will know which rods are available for next season.

Another good news at the end: the prices of most weeks were reduced! 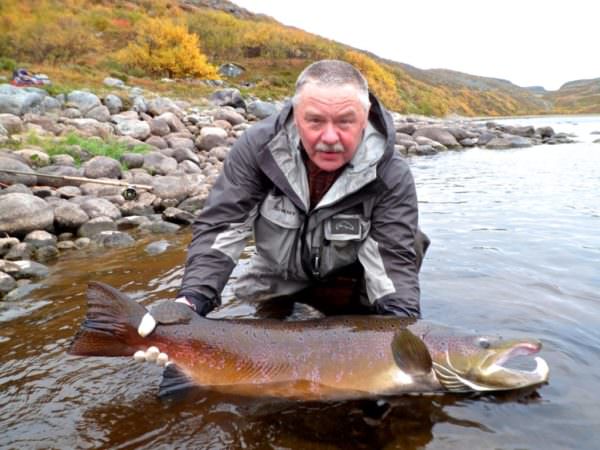