The Húseyjarkvísl is a salmon- and seatrout river in the northwest of Iceland. Ten years ago only 30 salmon were caught with two to three salmon rods, plus a few seatrout and brownies on the three available trout rods. It was clear that this river had potential for more, and therefore the leaseholder introduced C&R. The result is impressive: with the salmon rods nowadays almost as many  fish per rod as on the den Rangás are caught (the salmon rivers in Iceland with the highest catch rates per rod). Furthermore, the seatrout numbers have exploded; the fish in this river are not only numerous and big, they also have a great condition factor and are in perfect shape. Main times for the run are autum (end of August, September) and in April big springers are running the river.These were our objective in this trip.

The river itself is embedded in a valley and the trout beats look similar to the seatrout rivers of Argentina. One bank is shallow and on the opposite tere are deep runs where the fish hide. The river can be fished very well with the single handed rod and heavy sinktips (300grain). The violent takes usually come after the first strips and even fish of 60cm run into the backing.

Normally the weather in April is harsh; we were lucky to catch a few sunny spring days with almost no wind – we came back with a sun-burn which is quite unusual for Iceland in this time… Due to this the fishing was difficult in the first days. Seatrout are shy and we had to work for the fish a lot. Nevertheless, we were able to catch some seatrout, brownies and even a salmon kelt. On the third day the code was cracked and the fishing was fantastic. Fish of the trip was a seatrout of 74cm with 41cm in girth…what a fish! In the end we landed with three rods two salmon up to 73 cm, 13 brownies up to 52cm and 25 seatrout up to 74cm. Two times we even had a double fight of seatrout. As if this was not enough, northern lights were showing up in the last night when we were relaxing in the Hot Tub – a perfect end of a fantastic trip.

If you are interested now in fishing the Huso please contact me as soon as possible. This year is almost booked completely and also for 2013 I recommend early booking.

Finally some pictures of the trip; more on the facebook-page of pukka-destinations. 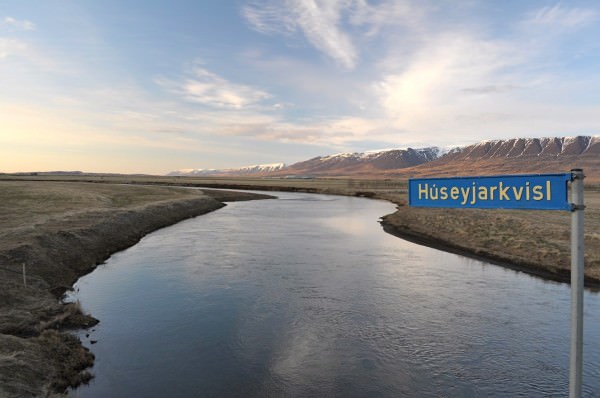 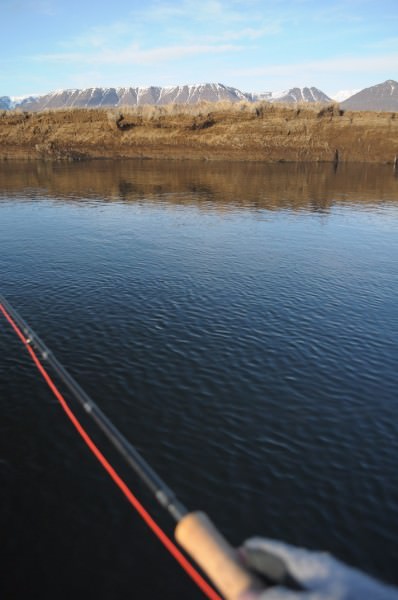 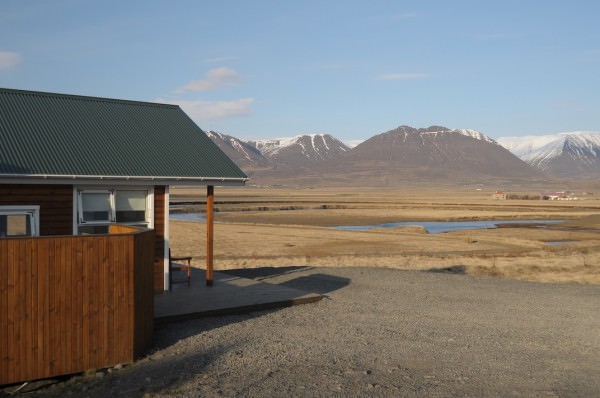 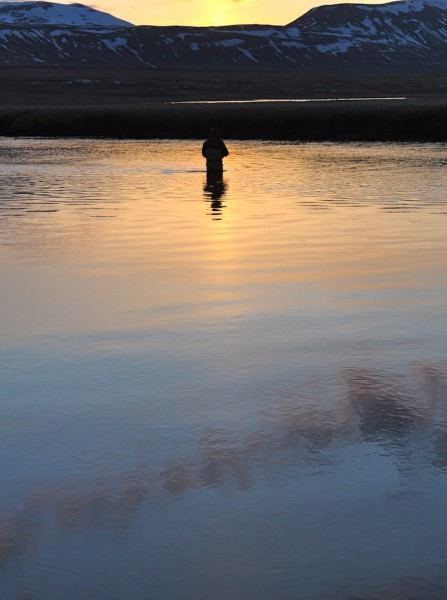 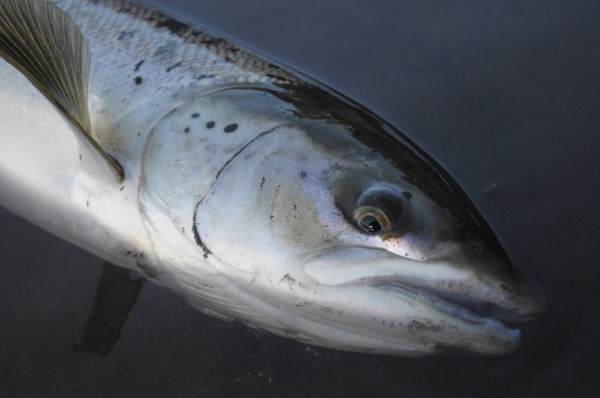 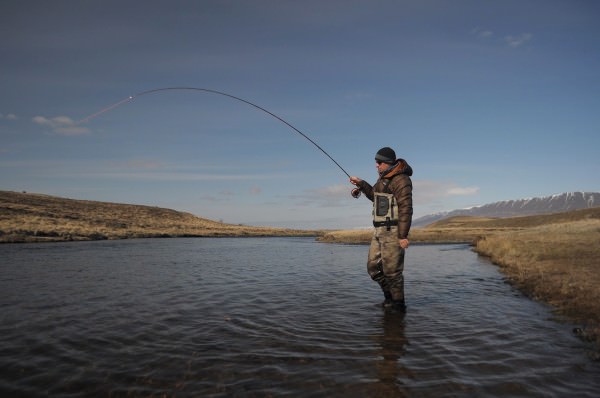 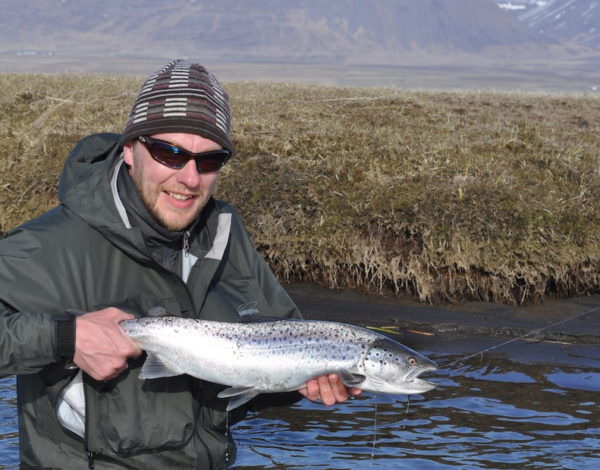 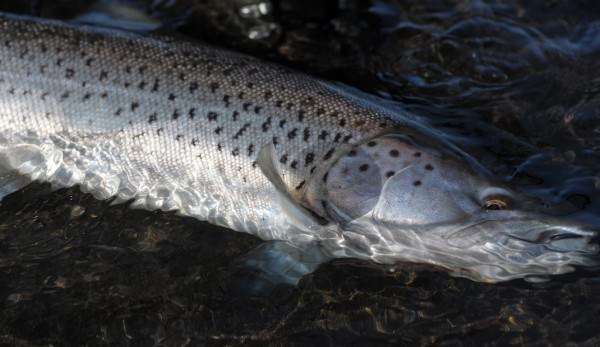 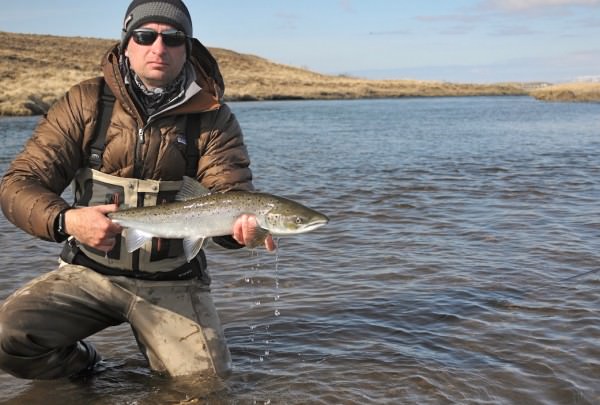 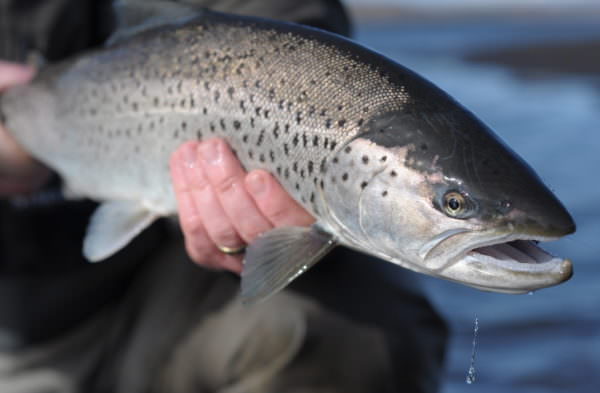 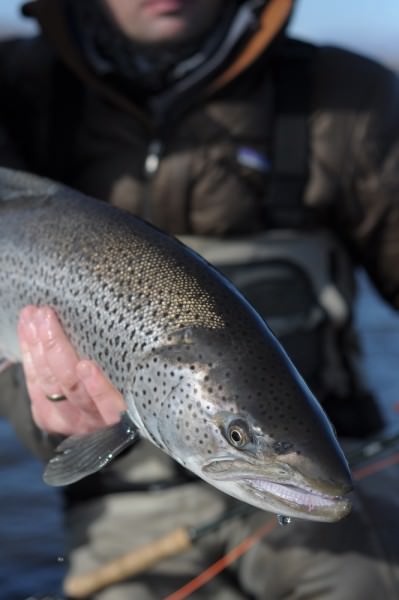 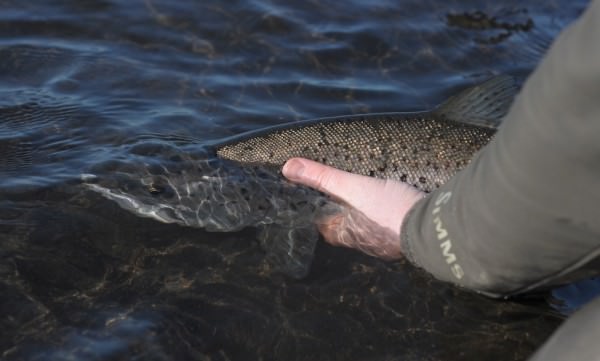 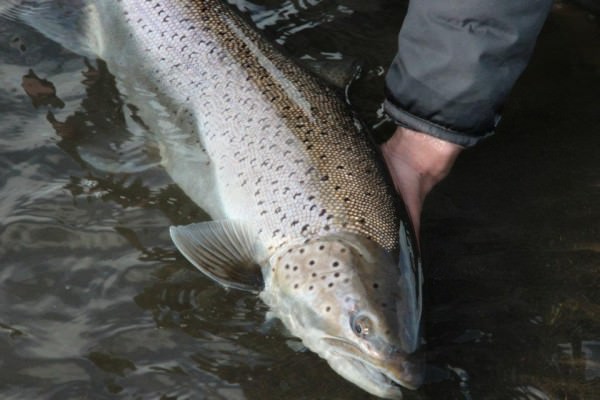 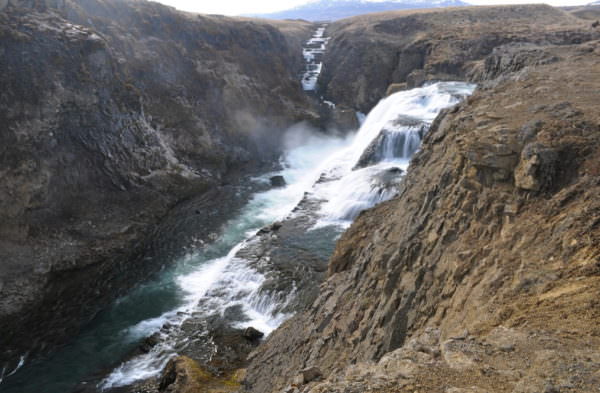 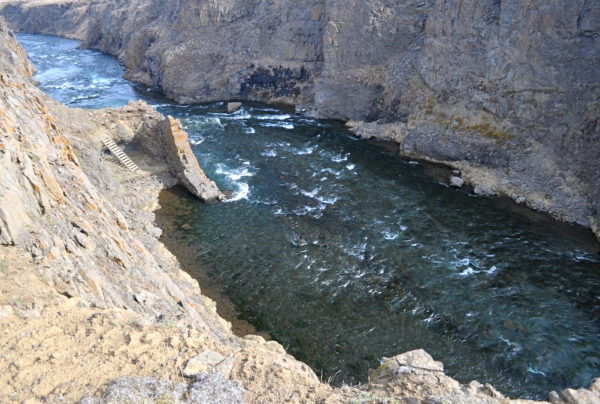